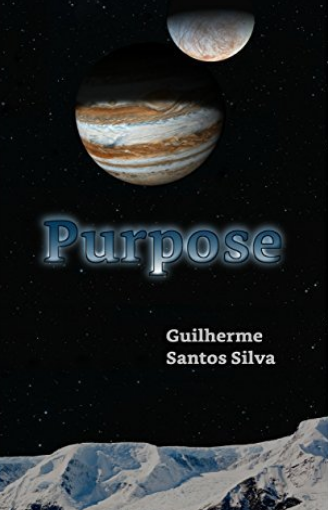 eHectra Solaris maneuvered her vehicle, looked out the window and saw the planet turning gently, casting alternating regions in shadow and light. It was dawning on the highest regions of the Central Continent, at the mountain peaks always covered with snow. Soon the light would reach the valleys. She imagined the rising buzz coming from the east along the diffuse line that opened the day and awakened the cities. Alone, inside her cabin, she thought of millions of people who were, right now, flying above the surface. “A population equivalent to that of a midsize city,” she said to herself. “More than enough to start a new humanity should any problem exterminate all living things on the ground.” It was far more people than the tribal populations that generated all of the early humanity. But this resource would probably not be used. Like most meckos in service, eHectra kept part of her ancient memory disabled, a measure not sufficient to prevent her from admiring the earthly experience and its transformations.

From high orbit she looked at Earth and thought of the billions of births, the struggle for survival and death of groups and individuals in an objective and distant way. But it was impossible not to grieve or worry about the near future, the problems that were coming, foreseen or unexpected. “The future haunts even those who know the past!” Once again the community was maintained for a long and satisfying period. Despite her displeasure for destruction and tumult, and knowing the difficulty of rebuilding, she took a deep breath and felt relieved to be doing her duty.

eHectra turned off all monitors on the panel, relaxed in the chair, closed her eyes and focused on her built-in augmented reality devices. Then she ran a scan of the functional communication frequencies looking for a channel with signal intense enough to overcome the turbulence of the invisible but devastating solar winds and attempted to initiate a connection with an interlocutor on Earth. Unable to get what she was looking for, she sent a request to leave the high orbit and get down to a region where she could make contact.

It has been many years since she last came to the planet’s surface and had a close look at it. Never, during the time she had been away, she longed it so much as now to step once more on the green and damp grounds of her country of origin. She thought of many places to visit, the falls, the trails inside the dense forest, the crowded cities loaded with tourists carrying huge shopping bags. But in all of them, she knew, the memory of one or other of her long-lost friends would obfuscate her joy.

Although hard to acknowledge, she knew how close she was to her last moments and how difficult it would be to let go of the control over her own memories. Still, she had decided, when the time came, she would do it with dignity and hand over her position and experience to a new generation of servants. At dusk the sun, now seen from afar, exhibited a friendly facet. The light carried a pleasant heat in contact with the skin. The glow, dazzled by the highest mountains and the clouds on the horizon, carried a spectacle of pastel colors, soft to the eyes and the psyche.

At the surface, a movement occurred in a deserted area, without anyone noticing. The soil moved with deep sounding, rhythmic beats. Each beat caused a deafening noise and moved a bit of dirt until a small bump appeared where there was nothing before. A crack opened in the ground and, from inside it, emerged a person or something that looked like a person. It moved slowly at first, breaking the protective bag within which it was buried. Then it faced towards the direction where a little sunlight could still be seen. It wiped itself of the dirt, stretched out its limbs in slow gestures, and walked quickly toward the nearest village.

This is the introductory part of Purpose, a science fiction book. You may read more, and purchase the book at Amazon Bookstore.